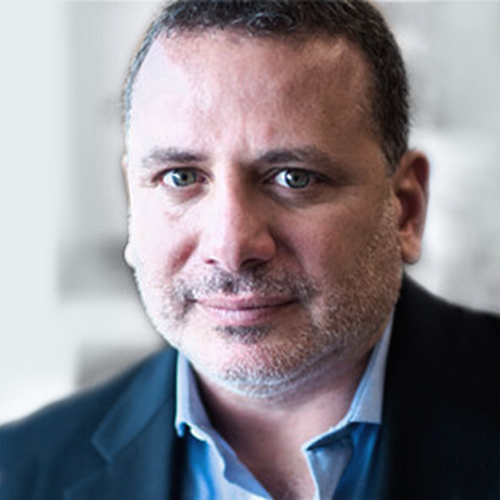 KEVIN FRIJA
Chief Executive Officer
Mr. Frija is a veteran entrepreneur with 29 years of a broad range of experience, particularly in the areas of sourcing, manufacturing, supply chain management, marketing, advertising, and brand licensing. Mr. Frija’s entrepreneurial vision and spirit helped him to create and build a leading swim and resort wear company InGear Fashions, Inc. and Flash Sales, inc a toy and novelty company, both based out of Miami, FL where he still maintains a role as creative director and an equity partner.

In 2009, Mr. Frija became the President and Chief Executive Officer of Vapor Corp., one of the first U.S. importers and publicly traded electronic cigarette companies. Mr. Frija helped grow Vapor Corp. into one of the largest and most recognized electronic cigarette companies at the time. Under his leadership, the company employed over 50 U.S. based employees, and generated over 25 million dollars in wholesale sales in 2013 alone. In 2014, Vapor Corp. was uplisted from the over the counter exchange to the NASDAQ capital market. Mr. Frija resigned from his position as Chairman and CEO in 2014 to continue his passion in playing a role as a strategic investor where he can add value in other startup companies.

In 2016 he was able to purchase the brands and wholesale business assets from Vapor corp which is now owned by VPR Brands, LP where he is currently CEO and Chairman. Mr Fija has since pivoted the company toward Cannabis away from e cigarettes and turned the company around increasing sales and profit margins. 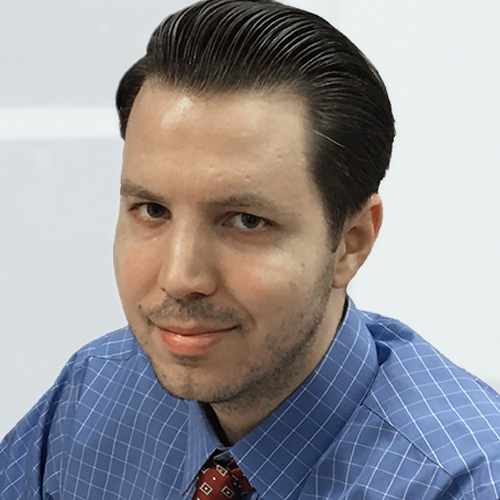 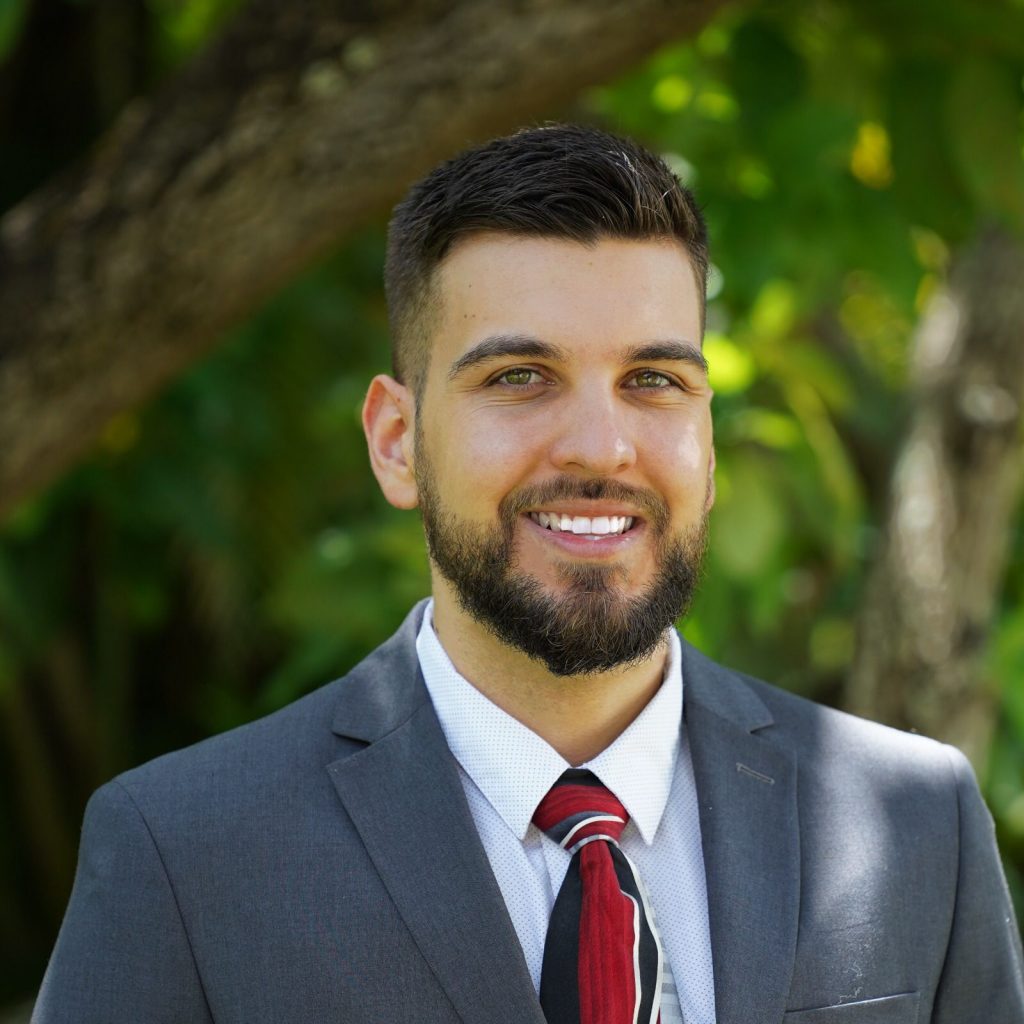 LUCAS DEARAUJO
Web Master
Lucas Dearaujo studied at Palm Beach State College for computer programming. He specializes in marketing and brand recognition on all platforms. His experience encompasses user-research and brand strategy as well as interactive design. Born in Brazil and formally trained as a designer, throughout his career he’s been involved in design and branding initiatives. He’s extremely passionate about design in all its forms and helping build and improve brands online presence. 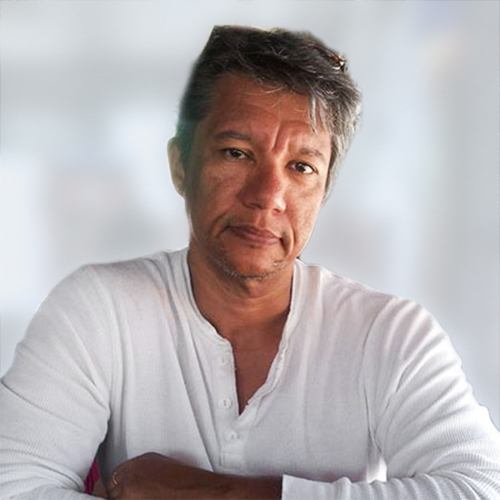 HENRY HODGSON
Sr. Graphic Designer / Artist
Graphic Artist/ Designer driven by passion seized by obsession delighted by creation filled with emotion, consumed with beauty and blindsided by inspiration. Simply put, I Love everything about Art.
I’ve been working in advertising and marketing design since 1987 and I have had the privilege to work with a wide diversity of clients, from fortune 500 companies to entrepreneurial startup. 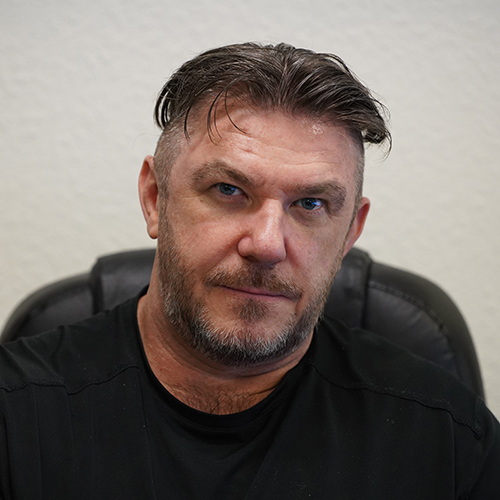 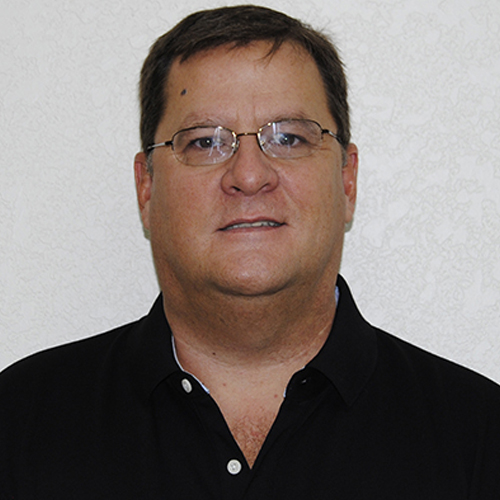 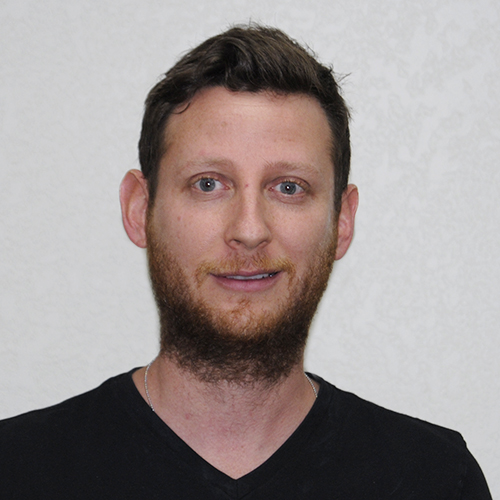 EZEQUIEL PAVLOTSKY
Director of International Sales
After a decade of working for startups within the Internet Industry, Mr. Pavlotsky joined VPR Brands with the objective to help expand the brand internationally. His passion for traveling along his entrepreneurial mind make it a perfect fit for the job. In 2017, Mr. Pavlotsky established new relationships with some of the biggest distributors in the European Union. He has a Masters in Business from Nova Southeastern University and a Bachelors in International Business from Florida International University. Ezequiel is actively pursuing international tradeshows and cannabis forums across the globe and get very actively involved with the community overseas. He has a great ability to network and adapt to cultures and customs on a global scale and is bilingual. Mr. Pavlotsky is friendly, flexible, and always ready to travel. 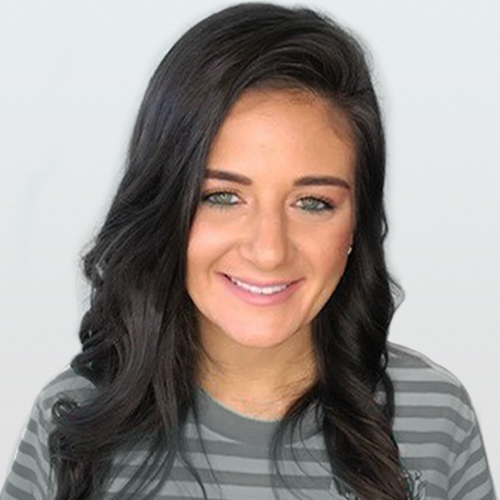 ALEXANDRA MORGAN
Sales Executive
After a successful career in the Mortgage industry, in February of 2017 Alexandra Gitelman decided to make a life change and leave Mortgages to pursue a career in selling Cannabis oriented vape products at VPR Brands. She rapidly found her rhythm and was soon traveling the United States to tradeshows, to visit clients, and spread product awareness. It did not take long for her to find her niche within Convenience Store Distribution and expand the HoneyStick brand throughout its selling channels. Ms. Gitelman was determined to get the product out there, educate and inform customers that there truly is a need for this type of product whether it’s the growing medical field, or recreational. In just 20 short months, she did over 23 Trade Shows, weeks of riding along with customers’ sales reps, as well as countless sales meetings and presentations of the products to aide in their placement and sell through. Ms. Gitelman is now a National Sales Manager of Corporate Accounts at VPR Brands, LP and is always looking to expand the Distribution network for the company. Ms. Gitelman received her Bachelor of Arts degree from Florida Atlantic University in 2011. 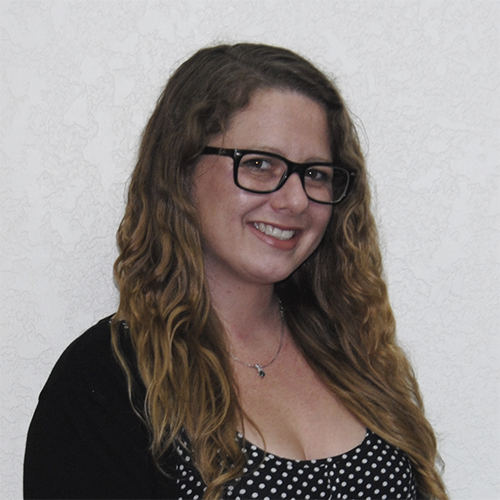 ASHLEY CELLUCCI
Sales Executive
Ashley Cellucci was born and raised in the Greater Philadelphia area and relocated to South Florida in April of 2016. At that point she started working as a Human Resources Manager but after a year, she realized she no longer wanted to be in the corporate world. Frantic with what her next career move would be, she stumbled upon an opportunity to sell CBD and cannabis vaporizers. Her inner hippie nearly exploded with excitement because she knew this was a career where she could flourish. Ashley has always been a firm believer in the benefits of the cannabis plant. During her interview it was very apparent that she understood what CBD is and how it works, and she also showed her knowledge of the technical end of vaporizers. In February of 2018 she joined the VPR Brands team. Since Ashley started, she has brought numerous accounts on board by building relationships and helping people understand what HoneyStick and GoldLine products are along with their benefits. After a few months with the company she started coordinating trade shows and within three months attended six shows. Ashley has also begun to build her own outside sales team to help further the growth of the company. She enjoys being part of an industry that is growing so rapidly and can’t wait to continue to grow with the industry and the company. 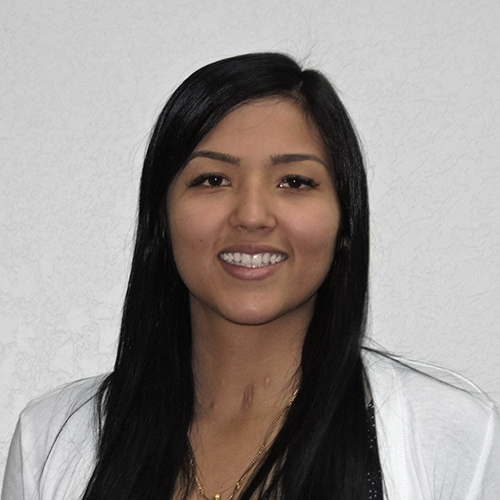 MIRIAM PEREZ
Online Sales / Marketing
Ms Perez is currently an honor’s Student from Nova Southeastern University, about to complete her MBA in Marketing. She is extremely passionate about online marketing and sales. Overall, she has 8 years of experience working in e-commerce, email marketing, social media marketing, graphic design and customer service. Miriam manages the company’s eBay and other Marketplaces, creates and manages product listings, SEO optimized content and provides for an excellent customer experience. 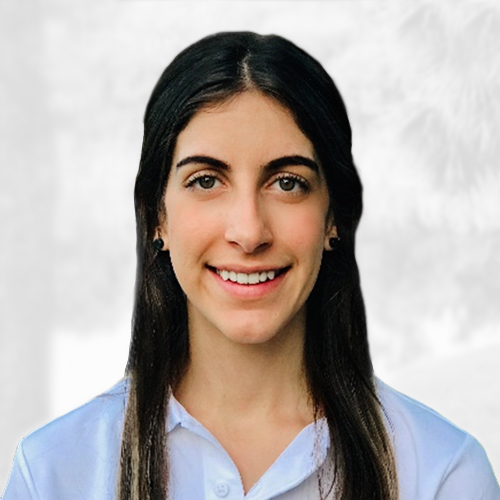 MERINA MEANA
Social Media / Marketing Specialist
Merina just joined VPR Brands in December 2018. From horse farm management and sales to bartending and yachting she has really done it all. She is a soon to be graduate from Arizona State University with a degree in Communications and Media Studies. Arts and design has always been one of Merina’s biggest passions. Her own experiences with CBD have made it a strong devotion of hers to share with others its amazing benefits. Merina gets to embrace both of her passions by working with VPR Brands and she can’t wait to grow with this industry. 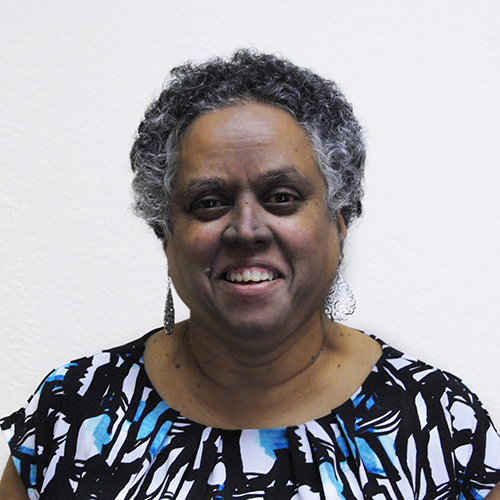 NATESA KALYANI
Accounting / Human Resources
Natesa is HR Consultant & accounting specialist. She has over 20 years of HR experience in areas such as employee handbook development, HR administration, and organizational development. Natesa previously worked for Macy’s corporate office in Arizona for 10 years in their Sales Audit Department, auditing national sales in all the stores, with a focus on full employee life-cycle needs. Currently, she supports clients in a variety of industries and leads the HR Consulting and Support team. She has a Bachelor’s degree in Accounting from India and went to Rutgers University for further credits. 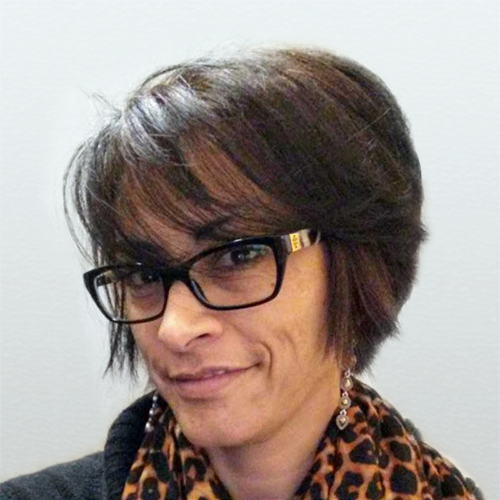 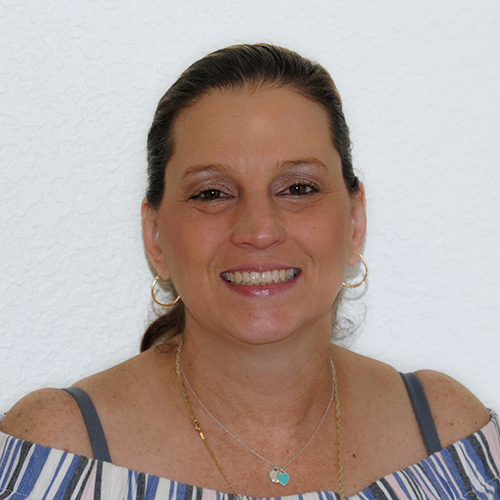 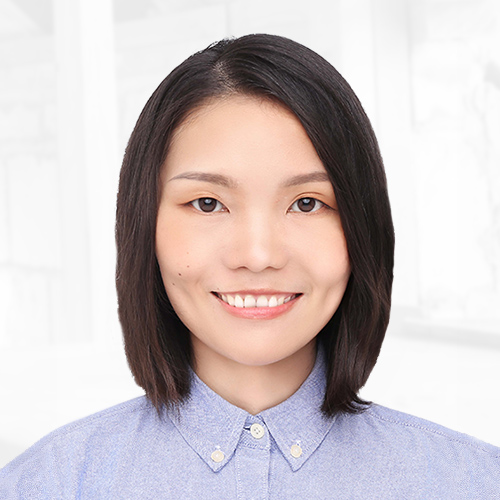 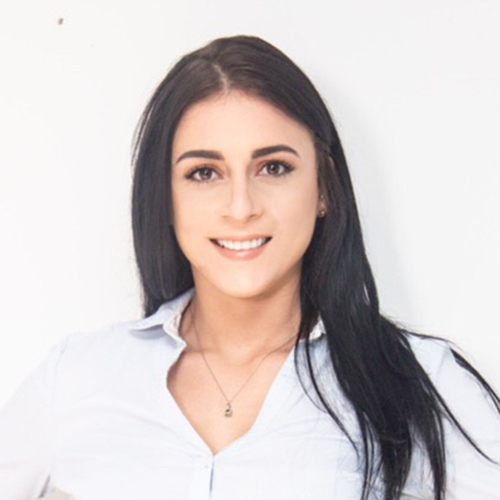